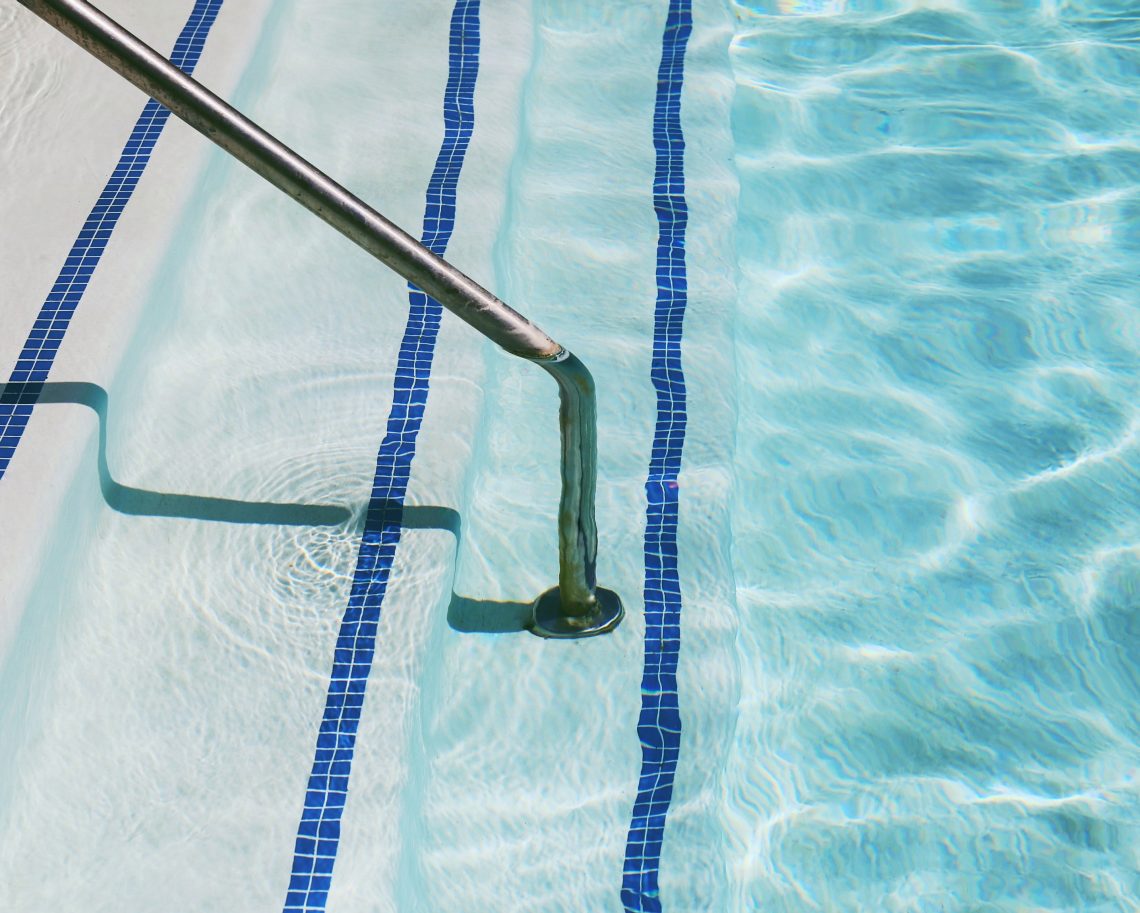 A story of compassion with: Ryan Carlson & SkyBlue, part 1

This question reflects how deeply intertwined work is within our conversations, relationships, and lives. Asked automatically, it is a reflection of how we relate and connect to others, or else feel a lack thereof.

Lately, I’ve been confronted with the intense culture of work. As summer internships rapidly approach, I watch as the atmosphere at school grows increasingly feverish—apply to the most attractive internship in order to make the strongest connections to set up that post-graduation dream job and paycheck.

We aren’t all interns, but wherever we find ourselves, work often tempts our identity. Work seems like the surest way to secure what we want, and so we become slaves to our work.

As I interviewed Grace South Bay Elder, Ryan Carlson, I learned his view on and relationship with work, one that is much more life-giving and freeing than treating work as an avenue towards security and success. How he goes about his work is rooted in humility and being the hands and feet of Jesus, all in order to be a blessing to his low-income workers.

Ryan Carlson is the owner of SkyBlue: “I own a small business. We are in the swimming pool industry, we have a small retail store, a number of guys out cleaning pools on a daily basis, doing repairs, insulation, and replacement of equipment.

And, being the owner, I kinda do everything. I could be talking to whatever person trying to get the best price on some piece of equipment or [I] could be cleaning the bathroom. So, you know—everything in between.” 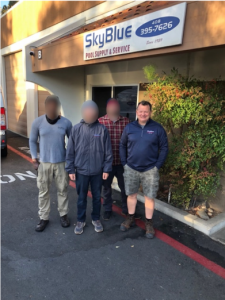 Being an owner requires a constant outpouring of energy and leadership. He explains, “In one sense there’s a little bit of freedom, and yet at the same instance, there’s never a time where you get to turn it off. I could get a phone call in the middle of the night, most things aren’t emergencies in the swimming pool business thankfully— but, you know, when trucks get broken into—like we had a week ago—well, we gotta figure out a way how to deal with it and make sure employees keep working and what not.”

In this way, Ryan’s work is one of being constantly on-call; making the decisions from the top down, between pool clients, while also working with problems on the ground, among his employees.

SkyBlue is a second-generation family business. Ryan tells me the history of SkyBlue and his family. “My parents started it back in ’65. I was born into it…grew up working in the shop when I was a kid. My daycare in the summers was riding around in my dad’s repair truck, so it was kind of like…the air I breathed. I just kinda did it because that’s what the family was doing.”

As he got older, however, life and work changed: “And then my wife and I left the area and I went and started my own business doing custom closets and we came back four years later to start taking over the business. It was 2008, 2009 when that happened and people weren’t buying custom closets. Thankfully, I had a family business to fall back on.”

He didn’t just fall back on SkyBlue; he tried running it—“The interesting part was I ran the business for five days while my parents were gone, and it was almost too easy. When it’s 2008, 2009 and you aren’t able to pay the bills—we lost our house at the time— and all of a sudden you go into a job or whatever that you look back on…” Suddenly, work becomes less a choice than a desperate necessity. Running SkyBlue became an encouraging revelation in a desert of employment.

Ryan explains that, “Here I was, probably a little stubborn in my thought process, because I pretty much said I would never take over the business. And God typically has other ideas than what we have and He humbled me enough to see what was actually there before me and the blessings and [I came] back and we’ve been off to the races ever since.”

It was this humbling experience, within the 2008 economic recession, that helped support Ryan in the way he wants to conduct his business—not in order to become an empire in the pool industry, but in order to better glorify the Kingdom.

Located in Los Gatos, SkyBlue has about 10 employees making anywhere between $20-30 an hour. He notes, “In a lot of other places, that’s a decent if not great income, you might even be able to buy a house. In Silicon Valley, however—you better have someone else in the household that also makes that much money, if not more, just so you can rent an apartment…But yeah, most of our employees are definitely in the lower income bracket in general and are not experiencing the Silicon Valley boom that a lot of people do.”

Explaining the economic bracket his employees fall into is the perfect segue into Silicon Valley’s rich-poor positioning. “There’s a lot of tension in Silicon Valley, especially for somebody who is not making enough money to kinda be sustainable and live. A lot of people that make that type of income, just a little thing like a water pump going out in your car, [it] can set them majorly back. And kids going to college? Something like that is almost impossible to afford.”

His heart for understanding his low-income employees is rooted in being God-led. “We’ve been in business long enough that there’s some people that know who we are, and point people in our direction; a lot of times we put ads out on Craigslist or Indeed…but you know, some of my best employees that I’ve ever hired are the ones that just showed up on the doorstep one day looking for a job. Total God thing. And I probably would never have found them except God led them to our business.”

Being a small business allows a different sort of close relationship to arise. Ryan shares a memory from this past Christmas with one of his favorite employees—“I’m learning how to speak Spanish again…and he is not good at speaking English, so we speak Spanglish to each other. His wife is…in remission for bone cancer [and] he has two daughters that go to San Jose State and this year, at Christmas, he had his daughters type out a letter to give to me, and he said this is the best job I’ve ever had and I want to be here forever.”

It was a “huge blessing to hear that from him and something that I try to earn everyday.” While it doesn’t always work out that way, the constant goal is that “Skye Blue Pools could be a blessing to the people that work for us.”

In these little big ways, Ryan tries to make a difference, serving his family and his community through his work. His commitment to serving stems from a view of work that enables him to reach more people and use his thankfulness for work as a motivation to understand others. For Ryan, “What do you do for work?” is intrinsically tied to what he is doing for his neighbors.

Therefore, my beloved brothers, be steadfast, immovable, always abounding in the work of the Lord, knowing that in the Lord your labor is not in vain.—1 Corinthians 15:58 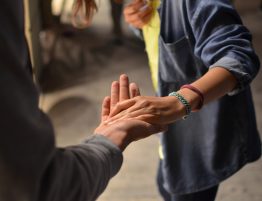 What do you talk about around the dinner table? For Andrea Fontana and her husband,… 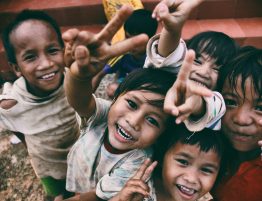 I hate goodbyes, conclusions of books, and the final bites of a perfect meal. Every… 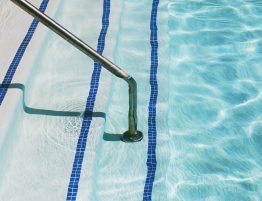 When I was younger, I used to think the only way to “do missions” was…

Whenever I get home from a long day, I expect a full pantry, fridge, and…

Oftentimes, our relationships with money, the world, and ourselves grow tangled overtime. We lose focus,…

When my dad was in college, he made a groundbreaking discovery—whenever he visited an ATM,… 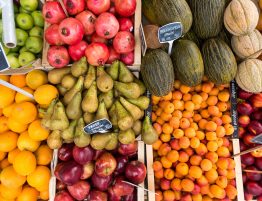 Everyone needs to eat. For the Bay Area, such a need is frequently realized in… 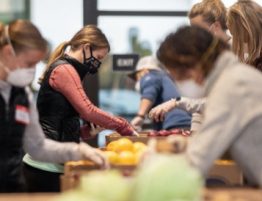